Based on the results of the pelmatogram, it is possible to manufacture special orthotic insoles which are individually adapted to the peculiarities of the foot, according to the assessment by our specialised scientific team, which are manufactured by the specialist who makes sure that these are the best adapted for each separate case.

It is good to address together the anatomic differences in the lower limbs, using means of passive and specific support, (orthotic insoles, specially designed), as well as special exercises, in order to secure the correct anatomic alignment of the whole lower limb.

The orthotic insoles are professionally designed special soles, which are inserted in the shoes in order to correct and assist an abnormal or irregular gait. They are usually recommended to reduce certain foot and ankle pains but also to reduce back pain. 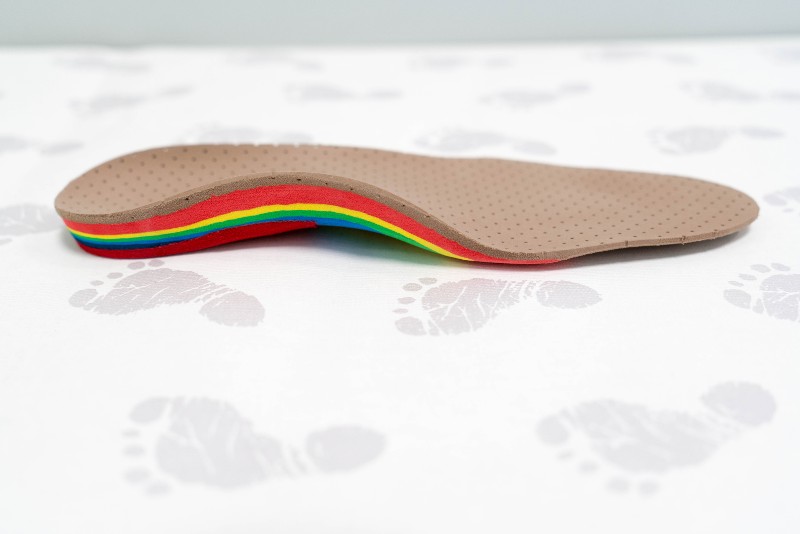 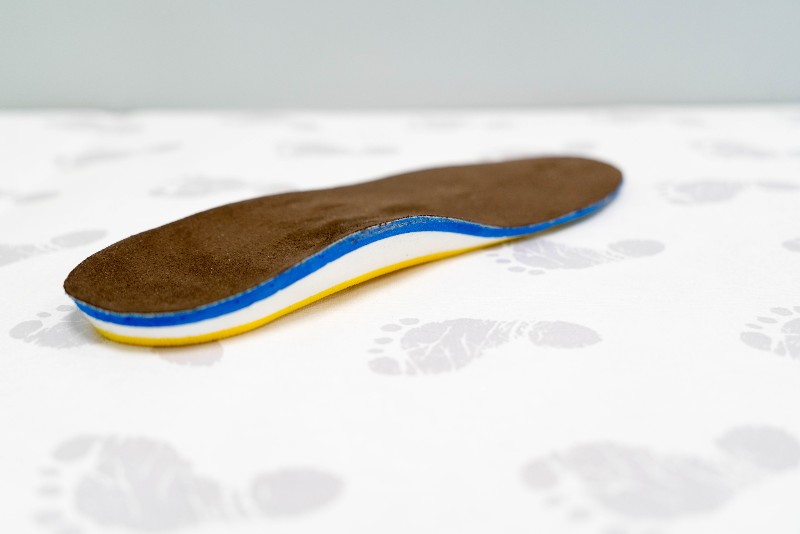 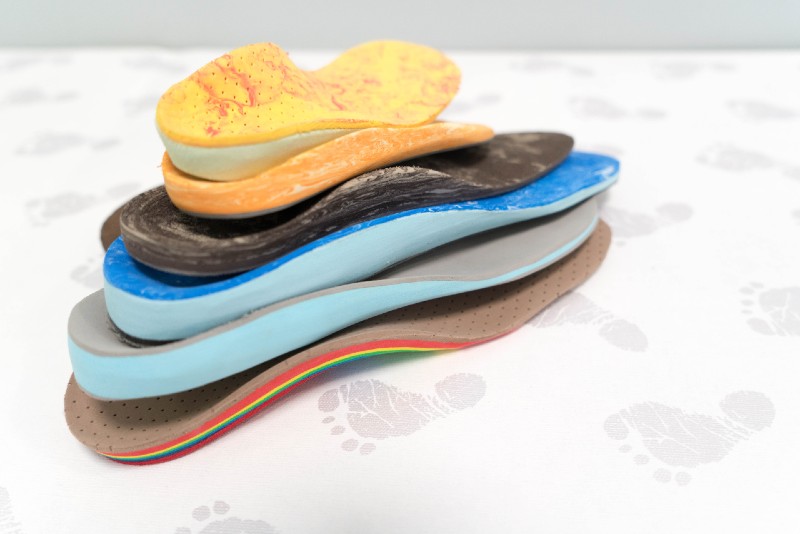 Any anatomic variation has a much better chance to be “cured” in children around their 5th year of age while in adults only support and relief can be brought.

Generally, a pair of orthotic insoles can help the user to achieve a healthy posture and gait.

Directly they help the correct functioning of the foot while they indirectly protect the articulations of the lower limb and the back from any trauma and other chronic problems.

Since there is a restricted number of surgical options for pain, orthotic insoles are often a reasonable choice, as, on the one hand, their cost is low and on the other, they have very few negative side effects – the most current of which are the “sensitive” feet. Feet sensitivity tends to disappear given time while patients get used to using the orthotic insoles.

Orthotic insoles are easy to use. Users simply insert them in their shoes and get along with their daily chores, standing and walking. Their design helps in “correcting” the foot in such a way as to relieve pain.

They also allow a safe, non Invasive approach without medicines, to anyone seeking to diminish their dependence on painkillers. Orthotic insoles can be used alone or in combination with other non-invasive pain treatments when walking, by all those who walk, move, exercise, and are fatigued, irrespective of their age.

This website uses cookies to improve your experience while you navigate through the website. Out of these, the cookies that are categorized as necessary are stored on your browser as they are essential for the working of basic functionalities of the website. We also use third-party cookies that help us analyze and understand how you use this website. These cookies will be stored in your browser only with your consent. You also have the option to opt-out of these cookies. But opting out of some of these cookies may affect your browsing experience.
Necessary Always Enabled
Necessary cookies are absolutely essential for the website to function properly. This category only includes cookies that ensures basic functionalities and security features of the website. These cookies do not store any personal information.
Non-necessary
Any cookies that may not be particularly necessary for the website to function and is used specifically to collect user personal data via analytics, ads, other embedded contents are termed as non-necessary cookies. It is mandatory to procure user consent prior to running these cookies on your website.
SAVE & ACCEPT